Are you sure?
No Yes
Home    The Colombian Caribbean – a treasure that is now beginning to be discovered 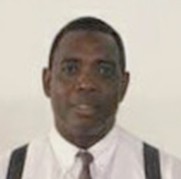 Despite all the attractions of the Colombian Caribbean, the Spanish heavy hotel army now begins to disembark on Colombian beaches and cities. International indicators and forecasts from public and private institutions indicate that tourist growth for the coming years (2030) will approach about 1,800 million tourists. This will also be reflected in one of the most attractive areas for the world market, known internationally as the Caribbean. The Caribbean, obeys its name, the region made up of the Caribbean Sea, its islands and the coasts that surround this tropical open sea of the Atlantic Ocean, located east of Central America and north of South America. In the same sense, the geographic area that goes from the island of Cuba towards the west and that extends towards the south by the North coast of South America; specifically, by Venezuela and the Caribbean Region of Colombia. In Colombia, the northernmost continental and maritime area is called the Caribbean Region, which includes the departments (provinces) of Atlántico, Bolivar, Cesar, Córdoba, La Guajira, Magdalena, Sucre, Urabá Antioqueño and Urabá Chocoano. According to the data of the Caribbean Tourism Organization, in 2015 28.7 million tourists arrived in the region, which has meant an increase of 7% over the previous year. It was also indicated that in the Caribbean tourists spent about 30,000 million dollars last year. The organization said that the participating markets were the US, Canada, Europe and several countries in Latin America and the Caribbean; the forecasts indicate that this year there will be an increase of close to 5%. The Caribbean Region of Colombia has a diversity of tourist attractions ranging from cities with rich historical-cultural elements, such as musical rhythms among which are the Cumbia, the Vallenato, Porro, Mapale; accompanied, all of this, by the cheerful spirit of its people. This region has a variety of beaches, among which the Rosario Islands, the Tayrona Park, the Rodadero in Santa Marta, the Cabo de la Vela in La Guajira, the Tolú and Coveña in Sucre and the Islands of San Andrés and Providencia. Other places and attractions to discover are: Macuira National Park, Cabo de la Vela, Fauna and Flora Sanctuary, Los Flamencos, Punta Gallinas, Guatapuri and Badillo Rivers, Ciénega de Zapatosa, Festival of Vallenata Legend, Sierra Nevada National Park of Santa Marta, San Pedro Alejandrino, Minca, Tayrona Park, Puerto Colombia, Totumo Volcano, Guajaro River Reservoir, Barranquilla Carnival, Walled City, San Basilio de Palenque and Mompox. In addition, interested tourists could take excursions to see extremely attractive places in Bogota, Medellin, Cali, the coffee zone and other cities with extraordinary biodiversity, culture and unique characteristics that give the sensation of visiting several countries within it. Expressed, we can add its varied, rich and attractive fauna and flora. We can find animals such as tigrillos, mico titi, flamenco, the macaw and several species of snakes. In the waters are the bocachico and the alligator. In the Caribbean Region, there are also savannas, mountains, forests, rivers, swamps, lagoons, swamps and mangroves. In the Colombian Caribbean, figures such as the master of painting Fernando Botero, the Nobel Prize winner Gabriel García Márquez and the famous singers Carlos Vives and Shakira. This is an evident sample of the enormous attractions that this extraordinary region has. Some 27 Spanish hotel chains have presence in the Caribbean, standing out among them: Meliá, Riu, Barceló, Palladium, Iberostar, Bahia Principe, NH, Be Live and Blue Bay. However, these hotel groups are practically absent in the Colombian Caribbean, despite all the attractions mentioned above, the Spanish heavy hotel army does not finish landing on Colombian beaches and cities. There is not yet a tourist complex of the size of those in Cuba, Mexico or the Dominican Republic. This is essential, so that in turn, the great European tour operators can enter with millions of international tourists. The tourist treasure is still there, waiting for the political will to carry out its work in different directions and to summon the leaders of the tourism sector Spanish offering them the guarantees, incentives, open skies policies for greater air connectivity and infrastructures necessary for the tourist industry in the Colombian Caribbean to begin, once and for all.