Are you sure?
No Yes
Home    Increase the price of housing in January!

The first data of the year confirm a considerable rise in the price of housing with respect to the previous year, with the latest figures from the sector, an accelerated growth of the real estate sector could be estimated for this year 2018, which, according to the data of the experts, does not In the coming years, we will be slow to reach figures that predate the crisis.

The average value of new and used finished housing increased by 3.6% in January compared to the same month of 2017. The capitals and large cities as well as the islands, the Balearic and Canary Islands, stand out in January with the largest price increases in the last twelve months, with rises of 5.1% and 4.1%, respectively. All the groups analyzed in the index show values ​​higher than those of a year ago. 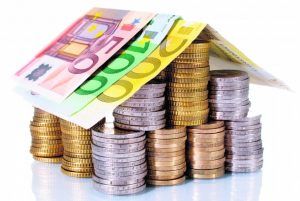 Despite the fact that the average price in Spain has recovered 7.6% of its value since the minimum it touched in the crisis, it is still 38.3% below the maximum reached in 2007 “. The 1,410 points registered in January in the General Index place the price of housing finished at June 2013 levels.

After the year-on-year growth of 5.1% experienced by large cities such as Madrid, Barcelona, ​​Valencia and Malaga, and 4.1% in the Balearic and Canary Islands, the largest price increases in the last year are located in the metropolitan areas (+ 3.2%) and on the Mediterranean coast (+ 3%). The average value in the smallest localities, grouped in other municipalities, shows an interannual growth of nine tenths in January.

Closer and closer to the real estate recovery
The average price of housing in Spain reduces the distance from the maximum values ​​of 2007 and shows a cumulative drop of 38.3%. On the Mediterranean coast, the most punished sub-index in the last decade, the evolution in the residential market is still slow and shows an adjustment from maximums of 47%. They are maintained with a fall above the average, the metropolitan areas, with 43.3%, and the capitals and large cities, with 39.7%. The Balearic and Canary Islands stand out as the sub-index that has remained the best in the crisis and shows a decrease of 24.1% in the last ten years, followed by the rest of the municipalities, with a fall of 36.2%.

The IMIE General Index and Large Markets, which is calculated from the appraisals of completed housing (new and used), collects each month the interannual variation of the value of the square meter of a property and its level with respect to 2001 (base 1,000) ) in five representative areas of the different strata that make up the housing market: “Capitals and large cities”; “Metropolitan areas”; “Mediterranean coast”, “Balearic and Canary Islands”, and “Other municipalities”. The absolute numbers shown in the table (points) correspond to the value of the index, they do not represent in any case the price per square meter of the houses.